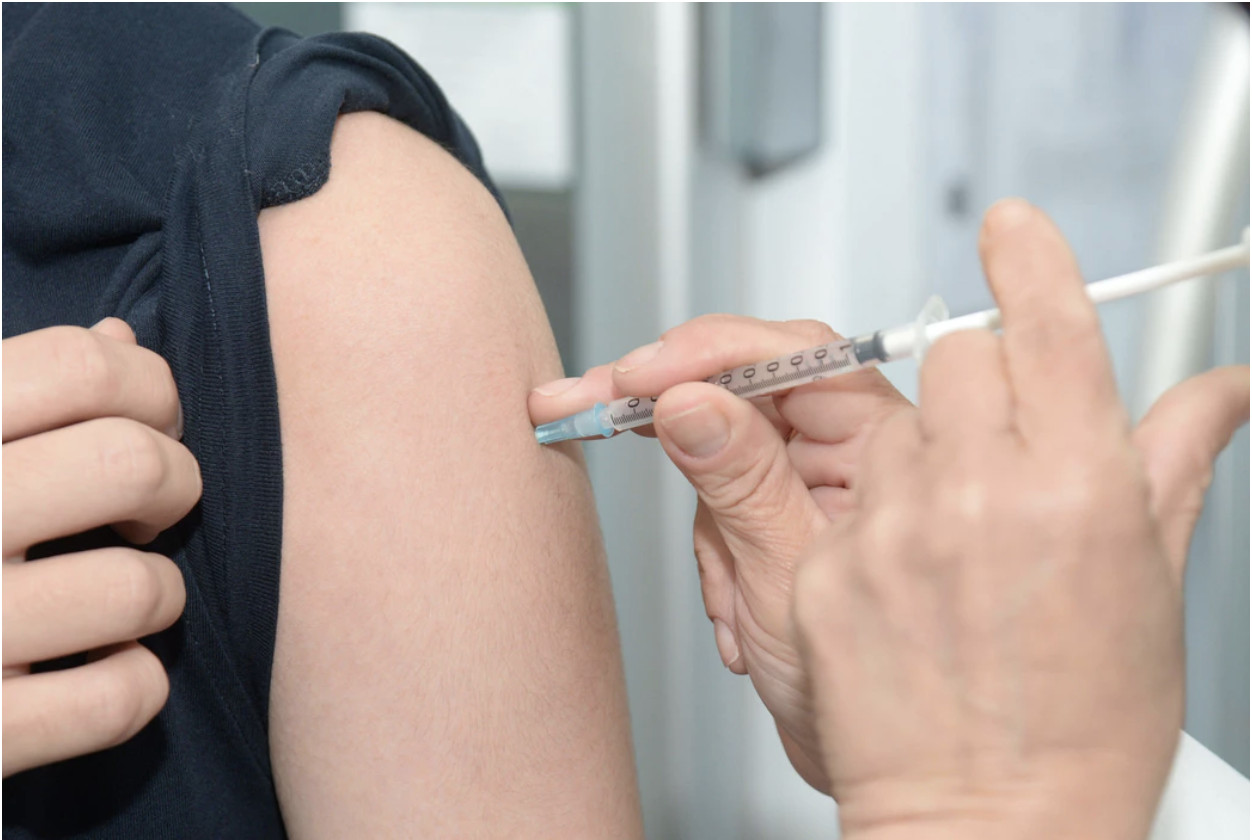 Flu shots work by taking advantage of the body’s natural defense system: the immune system. When the vaccine enters the bloodstream, it releases viruses into the blood. Since flu shots contain viruses that are either very weakened, slightly altered, or inactive (“dead”), these viruses are not harmful. Regardless of the type of virus (i.e. weakened, slightly altered, or inactive), the immune system will always respond in the same manner: it creates antibodies to “fight” against the harmless virus. Flu vaccines will allow these antibodies to fight effectively against the virus for roughly two weeks after the flu shot. The antibodies will emerge more quickly after first developing from the vaccine. If the flu later appears (in an active form), the immune system will recognize it from the vaccine and be able to provide antibody protection.

Note: There is also a flu “mist”, offered as a counterpart for the flu shot. Bodily response and results are the same as with the flu shot.

There has long been speculation regarding whether or not flu shots really work. Often, this is due to confusion as a result of patients contracting the cold after receiving a flu shot. The cold and the flu have very similar symptoms and are common in the same season, which can create confusion. Rest assured, flu shots have always worked well to combat the flu!

Each season, medical experts and researchers create flu shots with the viruses they believe to be the most common types in the upcoming season. In some seasons, viruses that are unaccounted for may pop up, but most years, the flu shot effectively targets the season’s most common viruses. Moreover, there are several tests and trials conducted on a national scale before the mass production of vaccines that ensure that the vaccine works on humans and is able to combat flu viruses. The Food and Drug Administration (FDA) approves all vaccines before their release. With all these tests and checks, everyone should feel confident when getting their flu shot!

Get your flu telemedicine consultation package NOW, and get diagnosed and a prescription filled within 24 hours without ever leaving your home! FREE overnight shipping when you use the code “FREEOVERNIGHT” at checkout. Click HERE to start feeling better now.