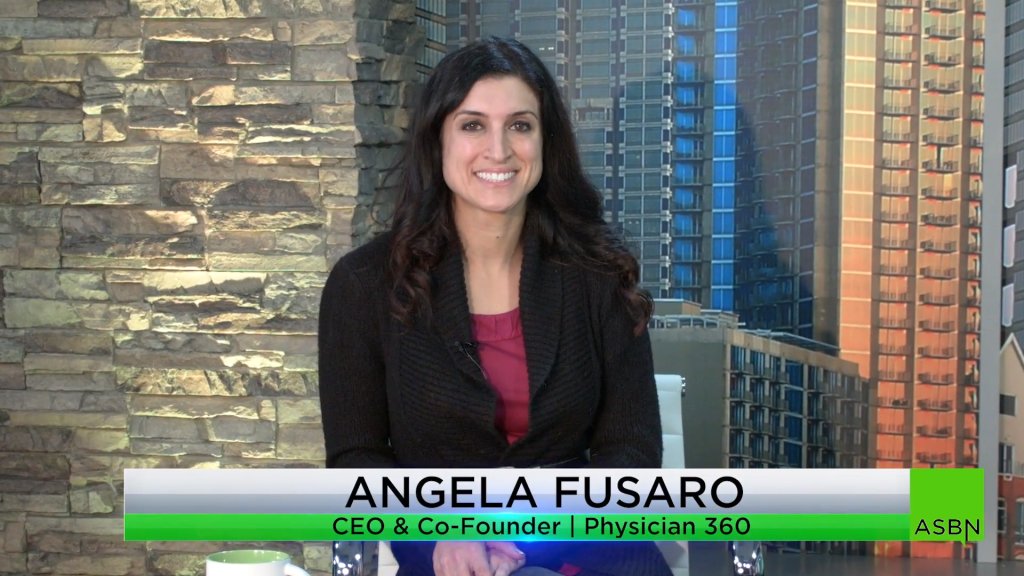 Dr. Angela Fusaro is co-founder and CEO of Physician 360. After seeing the challenges for patients every day, she knew that the practice of urgent care needed to be completely reimagined. Angela credits her unique vantage point as an emergency medicine doctor with allowing her to observe all the gaps in the healthcare system. “Who likes to sit in the ER for hours just to receive a simple throat swab,” Angela explained.

Seeing patients endlessly frustrated by the lack of convenient, cost-effective, and diagnostically accurate options while working in the ER, Angela formed a partnership with co-founder Dr. Rob Lapporte to found Physician 360. Together, they envisioned a diagnostic and care model similar to a home pregnancy test’s simplicity – and built it.

Throughout the early days of Physician 360, Angela is the most surprised by how proud she is of her team. “Even the little wins, I sit back and say to myself,  ‘Wow, we just figured that out,’” she says. She’s also pleased by how many people are rooting for her and her company’s mission. Many of the people she has crossed paths with on this journey continue to check-in and want to aid in the businesses’ success: patients, lawyers, and even her UPS delivery guy.

COVID-19 has shown the world what Angela and her team at Physician 360 have been saying for years: ‘Telemedicine and remote diagnostics are the future.’ With COVID19, the slow digitization of healthcare into telemedicine services, that many people thought was ‘in the future’, has been accelerated to be critical now for safe, effective care. In response telemedicine industry’s expansion, Physician360 has been able to broaden the services and products offered, allowing independent pharmacy partners to function as a comprehensive virtual health clinic. Expanding the services and conditions covered, including being an early COVID19 testing provider, has enabled more community pharmacies to compete with urgent care facilities by offering telemedicine services.

For a start-up, the challenges are numerous: making consequential decisions with incomplete information, risk assessment, triage, and steep learning curves day after day. While Angela’s medical journey, plus an MBA from Emory University, prepared her well for entrepreneurship, she still has challenges and obstacles when running a company. The one thing that she couldn’t have prepared for is how nebulous starting a company is; there is no roadmap. “Many times,” she says, “you don’t know if the work you are putting in today will amount to anything meaningful tomorrow. That can be overwhelming.”

In order to keep up with her busy life as a CEO, Angela has invented a concept called ‘rage crocheting’ to deal with stress. She also has named her cat ‘Klebsiella’ after a virulent bacteria she was assigned to investigate in medical school. And because she wasn’t already busy enough with shifts at the hospital and guiding a start-up, she recently added a puppy to her brood.

With the unusual circumstances of 2020, Physician 360 has worked diligently to provide services to patients and partner pharmacies. Physician 360 is uniquely positioned to help independent pharmacy partners support their communities during this global crisis by delivering telemedicine services and rapid testing that can help their customers safely get the diagnosis and treatment they need for a variety of conditions. In-pharmacy telemedicine services also reduce the burden on traditional healthcare facilities that have recently been overwhelmed. As the company grows into the next decade, Dr. Fusaro’s vision for affordable, convenient at-home diagnosis and treatment will become the future standard of care.