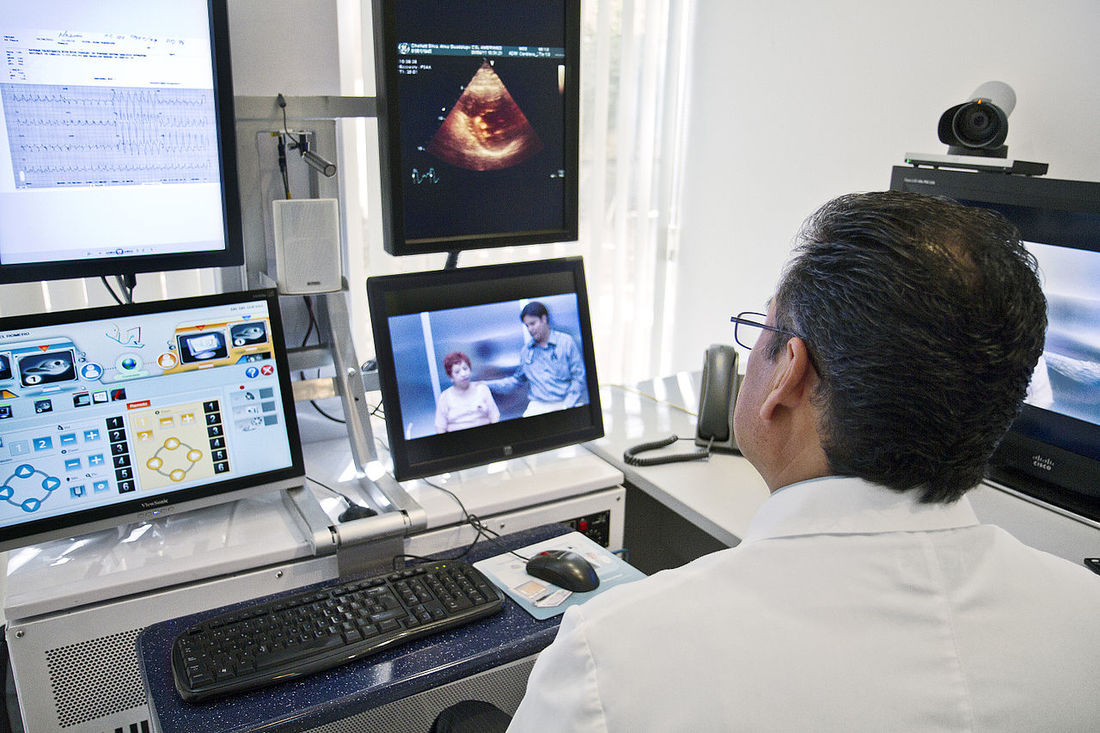 Telemedicine is the use of telecommunication and information technology to provide clinical health care from a distance. Telehealth is an umbrella term that includes telephone calls, remote patient monitoring, and store-and-forward imaging (capturing an image or video for review by a healthcare provider at a later date). The global telemedicine market is expected to reach $36.3B by 2020, and while the number of patients using telemedicine services is rising (will increase to 7 million in 2018, up from less than 350,000 in 2013), only about 2% of the US population has ever tried it.[1,2] So why aren’t more patients using telemedicine?

Lack of awareness is a challenge many patients face when asked about telemedicine visits. Often patients do not think about how they get their healthcare until it is time to utilize it, which means telehealth providers must be proactive in their attempt to inform patients of their services. Unlike a hospital or urgent care center, you are not going to naturally encounter a telemedicine service in your everyday routine; it is a resource that must be discovered. And despite being in a culture of heavy internet and mobile application users, many still have no idea whether their provider or insurance carrier offers them access to virtual care.  As telemedicine providers address this marketing challenge, we should expect to see a rise in consumer awareness and technology utilization.[6]

Physician acceptance and adoption of telemedicine has been variable. Forty-eight percent of executives say they are more concerned with convincing doctors about the credibility of telemedicine than they are with convincing doctors that they will be adequately compensated for practicing it. Physician concern is driven at least in part by risk of liability. However, because telemedicine physicians are more likely to deal with routine checkups and prescription-writing than complex, high-risk procedures, telemedicine tends to be low liability. In 2015, The Physician Insurers Association of America (PIAA) compared telephone treatment medical professional liability (MPL) claims versus overall MPL. Of the 94,228 total claims during the study period, a only 196 claims were linked with telephone treatment, thus representing only about 0.21% of all MPL losses. As physician comfort with telemedicine grows, we expect to see an increase in number of practices offering this option to their patients.[4, 8, 7, 9]

Being paid for telemedicine remains an uphill battle. There is still an abundance of healthcare institutions that are not reimbursed at all for telemedicine services or who receive lower rates from managed care companies for telemedicine than for in-person care. While the Centers for Medicare and Medicaid Services (CMS) have continued to expand the list of covered services and service areas, historically overall Medicare payments for telehealth have only increased about 0.8% annually. The customary fee-for-service environment makes it challenging to be paid for medicine practiced outside the traditional spheres of interaction and coverage policies are not yet defined for telemedicine. Finally, each state will need to set its reimbursement rates based on a number of criteria, such as provider type, technology format, and patient setting, which further complicates the reimbursement landscape. Advocacy organizations, such as The American Telemedicine Association (ATA), continue to encourage CMS and state lawmakers to make policies that promote access to medical care via telemedicine, which in turn should increase availability.[1,7]

Although telemedicine initiatives have a promising future to increase reliable access to basic and preventative care, patients remain doubtful about the quality of diagnosis made during virtual appointments. According to a nationwide study, approximately 75% of patients reported they either would not trust a diagnosis made via telemedicine or would trust this method less than an in-doctor visit. Nearly 65% of respondents said they would be somewhat or very unlikely to choose a virtual appointment. “If patients don’t trust the diagnoses made during telemedicine calls, they may ignore the advice given, fail to take preventative steps, or seek additional in-person appointments, which defeats the point of telemedicine,” said Cameron Graham, Managing Editor at Technology Advice and the study’s author.[5,6]

The future of telemedicine is dependent on reimbursement and regulatory policies both at the federal and state level, doctors’ adoption of and comfort with the technology and patient confidence and trust in the diagnosis and advice they receive during the clinical encounter. However, given the usefulness of this resource, particularly for those living in rural areas, it is expected to become increasingly common.

Angela Fusaro, MD, MBA is an Emergency Medicine physician who is passionate about healthcare innovation. She is currently the Co-Founder of Physician 360, a company whose mission is to empower patients by arming them with tools to diagnose and treat low-acuity medical conditions at home.